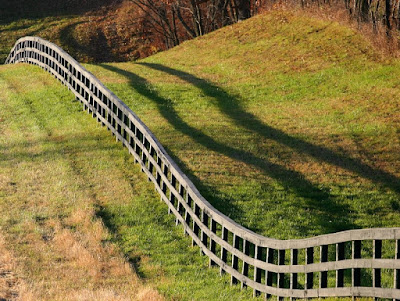 Above is a picture of the home of Rep. Travis Childers. With the issue of cap and trade, like many issues, the Congressman has pretty much rode the fence and then did what was necessary. If the Democrats had enough votes, Childers could freely vote no; but if votes were needed Childers sets himself up to support the majority. That is the benefit of riding the fence.

The big issue of today is cap and trade, and as I am writing this the Democrats are still scrambling for votes, while The Hill reports that Childers is undecided.

Update:
The bill passes the House by a razor-thin 219-212 vote. This was such a bad, and dangerous, bill that 44 Democrats (about one-fifth of the caucus) voted against their liberal leadership- including Travis Childers and Gene Taylor. When residents of Jackson and the Delta see their taxes go up, they can thank their man Bennie Thompson for supporting the tax hike. Eight Republicans made the difference in this bills fate. I am all for the “big-tent,” but I ain’t for raising taxes. Every Republican who supported this (Bono Mack (CA), Castle (DE), Kirk (IL), Lance (NJ), LoBiondo (NJ), McHugh (NY), Reichert (WA), Smith (NJ)) deserves a primary challenge.

Update 2: Statement from Travis Childers on why he voted against the bill. You may notice how Childers never challenges or criticizes the leadership that he voted for.

Update 3: From Gene Taylor: “A lot of people walked the plank on a bill that will never become law.”

Where Do Taylor and Childers Stand on Cap and Trade Taxes?