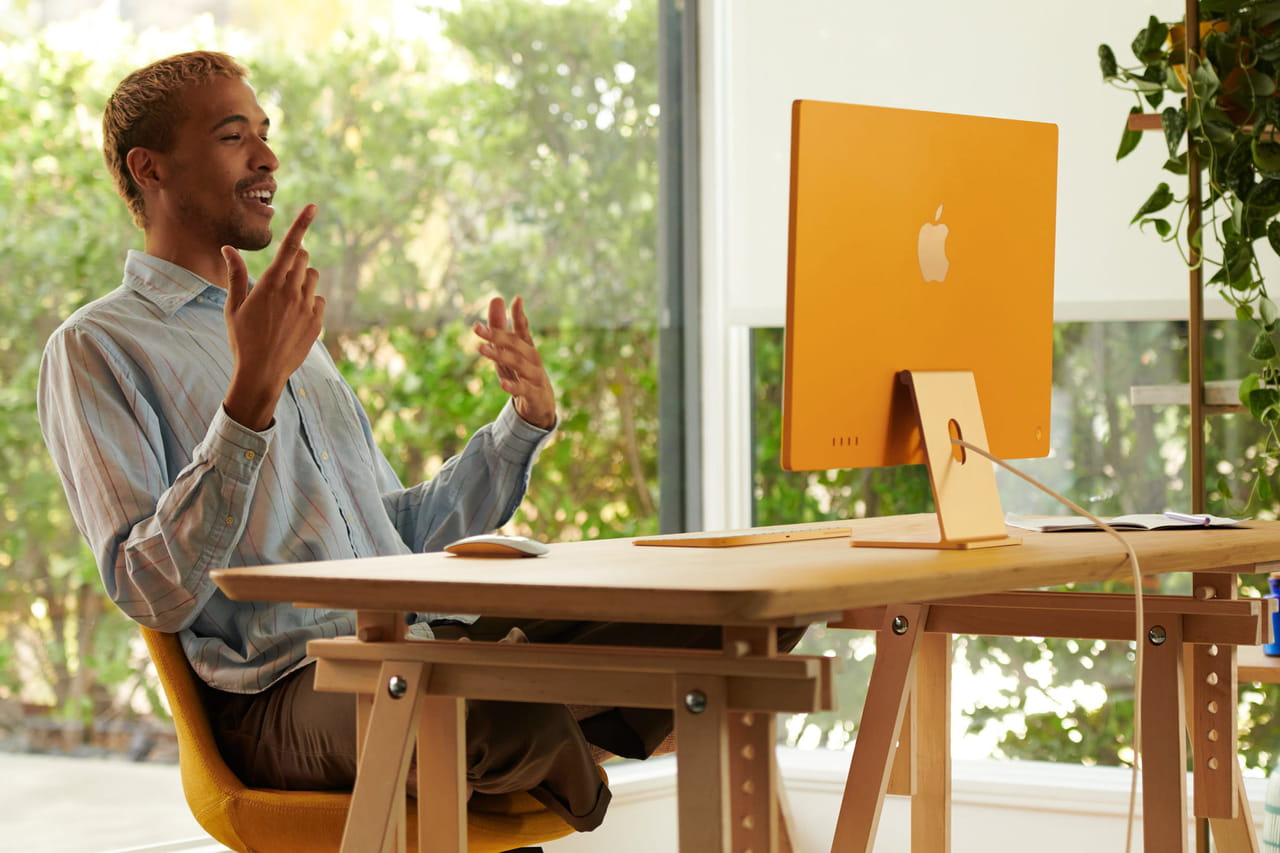 MAC. After the announcement of a new iMac generation in May, Apple is now opening the first pre-orders for fans of the brand. The ability to reserve your new computer now.

During the keynote conference on April 20, the manufacturer Apple announced several new functions. This includes the imminent introduction of a new generation of iMac computers. Introduced in the 1980s, these machines have evolved until they now offer powerful configurations. Mac computers come in different versions depending on your needs and uses, from portable computers (MacBook) to professional office towers (Mac Pro). The new iMac computers from Apple, which are equipped with the M1 chip, should appear in May. However, pre-orders are already possible for fans of the Apple brand.

As soon as they were announced, the new iMacs were already the focus of much discussion on the Internet about their availability. If it is not currently possible to get a copy, Apple is already offering a pre-order system on its official website. This is currently one of the best ways to pre-order the new 24-inch iMac from Cupertino. The offers are already available on specialized websites.

As soon as they were announced at the keynote conference on April 20, 2021, the new iMacs are already causing a stir. And those made in Apple computers are already known to fans of the brand. Here is the most important information about the new desktop from its release date to its price and specifications.

The new iMac 2021 has been available for pre-order since Friday, April 30th. Its release date is estimated to be mid-May 2021 on Apple’s official website and through several authorized resellers. These availabilities apply to all versions of the new 24-inch iMac 2021.

This new computer will be available in three different versions, the features and prices of which will vary depending on your choice:

Note that these deals all include the new 24-inch iMac, power cables, a Magic Mouse, a USB-C / Lightning cable, and a Magic keyboard.

This new generation of iMac differs from the previous ones in one small but significant element: the integrated M1 chip. This chip that Apple is very proud of is already featured on the latest MacBook Air and Mac Mini. If the brand regularly praises it, it’s not in vain: tests show that this new chip significantly increases the performance of the machines it equips. It’s a little powerhouse but remains a very good student in terms of consumption and now supports Wi-Fi 6 and USB 4 connections.

These new iMacs complete the range of iMacs already on the market, in addition to the desktop computer offerings of the Mac mini and Mac Pro.

The iMac is the base product from Cupertino when it comes to desktop computers. The latter comes in different versions depending on its size and configuration, but not all are available for purchase. Here are the models that are still on the market:

Note that these configurations are scalable and that their prices can change based on stocks and news.

All of these configurations have a screen, mouse, keyboard, and all of the power cables required for proper function.

The Mac mini was released in its first version in early 2005. It’s a very small desktop computer. When shipped without a screen, keyboard, or mouse, the price is generally lower than iMacs, which come with all of the peripherals needed to use them. Although the price may vary depending on stock levels and various possible offers, the latter is usually around 799 euros.

The Mac Pro is a real Apple-branded war machine and a fairly massive computer tower that combines all of the manufacturer’s technological power. This product, very imposing with dimensions of 52 cm high and a weight of 18 kg, stands in sharp contrast to other Macs, which are much thinner and lighter available. However, the Mac Pro is a real powerhouse that has the Inter Xeon W processor (28 cores), 1.5 TB of storage and 8 TB of storage.

It should be noted that the new iMac, which Apple presented during its keynote on Tuesday, April 20 and equipped with the new M1 chip, will not be released until the second half of May. We will keep this page updated if other offers are available or interesting promotions appear on the internet.

Savings of several hundred euros with this high-end smartphone

the pack of Animal Crossing on sale!